Home » Certi-Pik, USA Blog » When is Cotton Harvested in the United States? 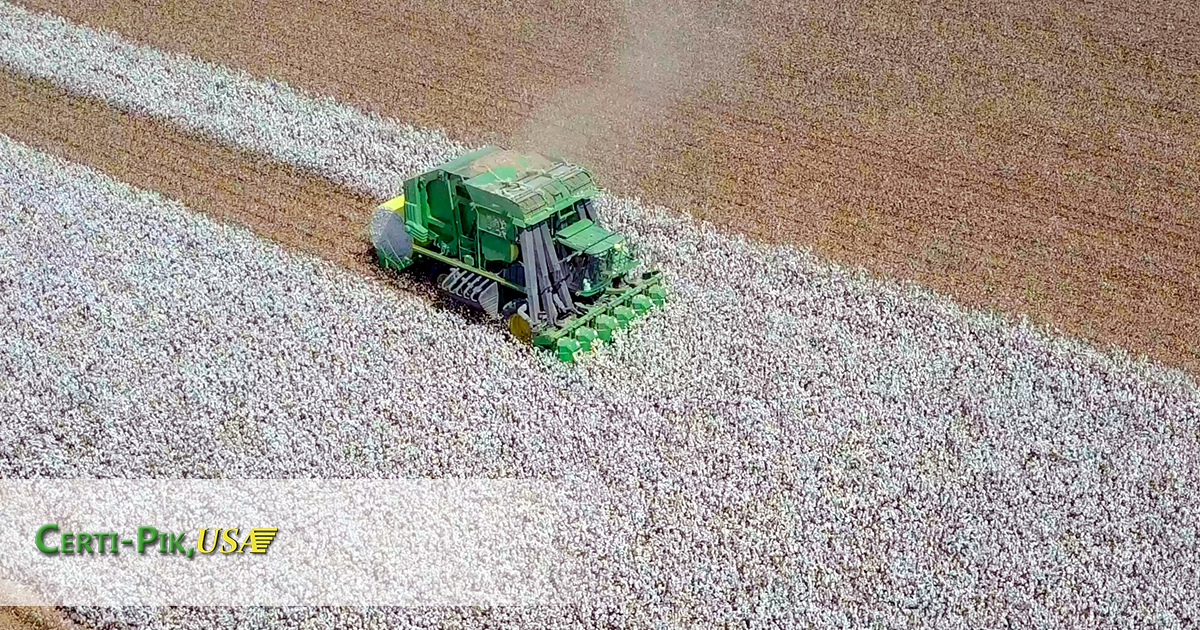 When is Cotton Harvested?

Generally, it is planted between March and June each year. The farther south you go, the earlier the planting season. The main thing is to wait until the danger of frost has passed. In Texas, harvesting can occur as early as June, but most is harvested from August through October. It generally takes 150 to 200 days for the bolls to mature after planting.

Where is Cotton Grown in the United States?

The plant requires a tropical or subtropical climate. The plants don’t do well in places that are extremely wet or very dry. Soil temperature must reach at least 60 F or higher for the seeds to germinate. In the United States, the southern region grows the most. California, New Mexico, Arizona, Texas, Louisiana, Mississippi, Alabama, and Georgia are the primary suppliers to the market, followed by Arkansas, North & South Carolina, Florida, Kansas, Kentucky, Missouri, Ohio, Oklahoma, Pennsylvania, Tennessee, and Virginia.
Since the mid-20th century, production has become more competitive, with technology and education improving how farmers do business and export. Many organizations support over 18,000 farms across the United States through lobbying and purchasing power to ensure farmers get the best prices from their crops. Pickers and harvesters have made production more lucrative by reducing labor costs. 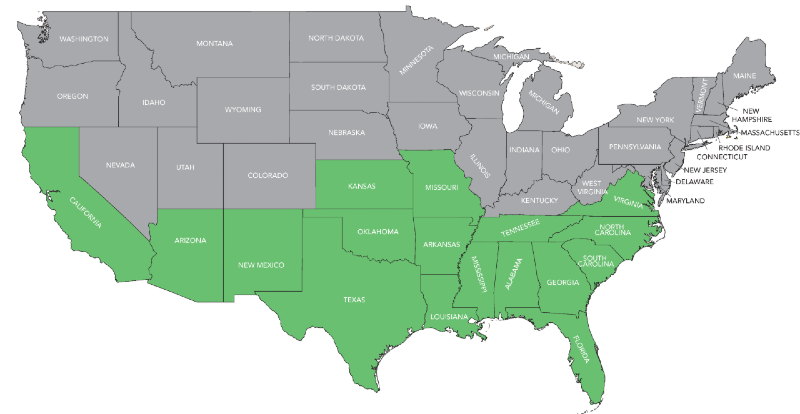 Which State Produces the Most Cotton?

The National Cotton Council and USDA report that 12.19 million acres of land in the United States are dedicated to plantings in 2020. Upland area accounts for 11.99 million acres, while Pima or extra-long-staple producers planted 195,000 acres. Although these figures are less than the 2019 figure, the United States is still a major player in the industry.

Texas produces about 42% of the material in the United States, followed by Georgia, which produced about 18%. The southeastern belt produces the Upland variety, a generic variety that is used to make denim, flannel fibers, or other clothes, but the entire plant is used. The linters or the short fuzz of the seed is used in making plastics. Cotton-seed oil is made from the seeds. The hulls and meal that are leftover after processing the oil is made into fertilizer or animal feed. The stalks of the plant can be plowed into the soil to enrich it.

The material is Texas’ main cash crop because eight different regions in the state have suitable growing conditions. It’s estimated that there are over 9,000 square miles of fields in Texas. In Mississippi, over one million acres are dedicated to farming. The state has practically eradicated boll weevils. Georgia’s leading crop is the same because its soil conditions are suitable to the crop. It does get high rainfall, but the soil doesn’t hold the water. This is an ideal condition to grow.

The southwestern regions that produce it, California, New Mexico, and Arizona, produce a type known as Pima, or extra-long staple. Pima is finer and more expensive. It must be harvested by hand to protect the fibers, which are a one-half inch longer or more than Upland fibers. Pima is known for producing luxurious bedding, but many fashion designers are incorporating Pima into their clothing designs because it is such a strong fiber while still being soft and flexible.

Although Texas is America’s largest producer, it comes nowhere close to the amount produced in China and India. From 2010 to 2012, Texas produced an average of 5.5 million bales. Over the same time frame, China produced 33 million bales and India produced 26.8 million bales. About 35% of the material produced in the United States stays in the country to be used by domestic textile mills and factories.

How Much Does a Single Bale Weigh?

A single bale weighs 500 pounds. From that bale, you can make:

Material is stored in a module that holds 13 to 15 bales. This module protects it against the weather until the material can be ginned. 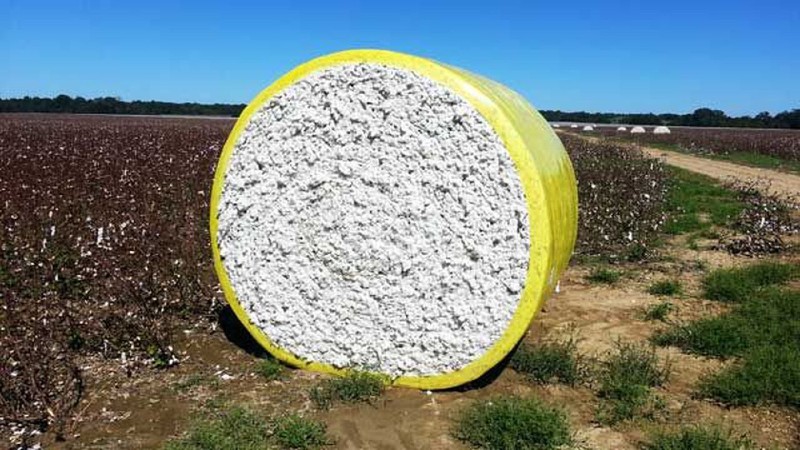 Harvesting equipment is vital to farmers who produce this important crop. We stock a large selection of high-quality replacement parts for pickers. Contact us for more information.