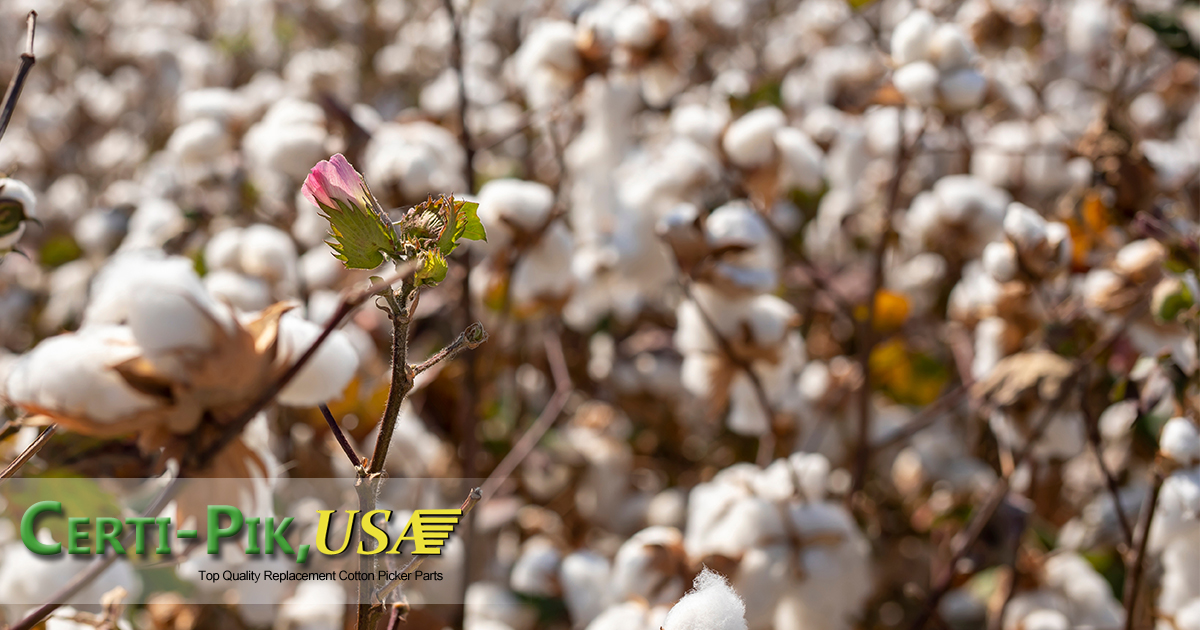 There’s no doubt cotton is one of the great contributions America has made to global society, or that cotton production was and is an integral part of the American economy which led to becoming an international superpower. Without cotton, clothing would be made of expensive silk, heavy wool, or coarse uncomfortable flax linen. Cotton is used in other items as well, including coffee filters, paper currency, book bindings, and even tires. One aspect of the cotton product is to harvest the crop, typically “picking,” in order to provide the raw material for the end product.

Traditionally, cotton had to be picked by hand because of the nature of the plant. The boll is a protective shell which blooms into the usable fiber for making what the consumer recognizes as cotton fabric. Harvesting the entire plant makes no more sense than chopping down an apple tree in order to gather the fruit. Picking is extremely hard work, as it grows in tropical (or near tropical) humid hot climates, and the plant itself is sticky and dirty to work with. Manual labor worked historically when Native Americans and Asian peoples grew the crop for personal use or were able to sell the product for fair compensation compared to the amount of work. During colonial times in America, the atrocity of slave labor was required to meet European quotas for production at a valid price point.

In the 1850’s, American innovators began designing machines to speed harvesting, but they were impractical to use because of how they wound up getting jammed as the sticky raw material was run through them. It was more a matter of the Victorian Age industrial revolution than an actual attempt to solve a problem. A further issue was that at the time, the plant itself had not been engineered to bloom at once, but the machines were unable to determine which bolls were ready to be picked and which needed to wait until the next week’s harvest. Hand labor was the better solution.

After the American Civil War and the end of slavery as an institution, the need for industrialized farming became more apparent. In the late 1920’s, the Rust brothers, John Daniel and Mack, began working toward a practical solution. In 1933, John Rust received his first patent on a working cotton picker machine. There were some problems with the machine, it still required a fair amount of manual labor to clean and maintain it while running, but the basic design was valid and led to improvements which eventually provided a more useful and practical picking machine.

Other companies began to see the need and spend toward research and develop of a more practical picker which didn’t rely on Rust’s patents, unfortunately, their efforts were slowed by the demands on manufacturing toward military needs during World War II. Eventually, the International Harvester Company developed a working picker in 1944 which has changed the nature of production ever since.

Today’s pickers include machinery designs based on earlier inventions and newer styles based on modern technology. There are multiple solutions which fall under six general styles of pickers:

Picking cotton is a heavy job, even for a machine. As such, these pickers need replacement parts on a regular basis, such as provided by Certi-Pik, USA. Contact us for information on how to get your machine up and running again when you need repair parts.